Benefits of Disinfecting with Hydrogen Peroxide vs. Bleach

Hydrogen peroxide and sodium hypochlorite, commercially available as bleach, are two common disinfectants available in the market. Both these products have their differences, which often dictate their most suitable applications. To help you choose the right product between the two, we’ve highlighted their unique properties, applications, advantages, and everything in between.

Sodium hypochlorite or bleach is a powerful disinfectant with a long history as a bleaching agent, water purifier, and surface disinfectant. With a slightly yellowish color and distinct odor, this solution usually comes in 5% concentration for household use and slightly above 10% for hospital disinfection use.

As a chloride compound, sodium hypochlorite disinfects like chlorine and is effective against viruses, bacteria, and fungi. Bleach exhibits broad-spectrum anti-microbial activity, and its efficacy as a disinfectant is directly proportional to its concentration levels. However, the higher the concentration, the more unstable the compound and the higher the safety risk.

Over the years, bleach has been used to disinfect specific rooms or surfaces in hospitals, typically in slightly higher concentrations. These surfaces/spaces include shared bathrooms, blood spills, and food prep zones. Often, all these areas must be pre-cleaned to avoid unwanted reactions with organic matter or other chemical compounds.  Depending on the number of surfaces in the area that require precleaning, this additional step can be extremely time-consuming.

And while some of the commercially available bleaches are EPA-registered, most hospitals are now shying off from bleach due to the toxicity of chlorine. In fact, breathing high levels of chlorine may cause a condition called pulmonary edema, which results in fluid build-up in the lungs. Contact with compressed liquid chlorine has also been shown to cause frostbite of the eyes and skin, and these are some of the reasons why most institutions are slowly considering safer options in the market.

Another major concern with using bleach is that sodium hypochlorite is highly corrosive and could even burn surfaces in high concentrations. Additionally, it must not come in contact with air as it can make it disintegrate.

What is Hydrogen Peroxide

Unlike its chlorine counterparts, hydrogen peroxide is an environmentally safe disinfectant used in a wide variety of settings, from homes to public spaces. According to the CDC, hydrogen peroxide kills bacteria, fungi, yeasts, mold spores, and viruses. Some of the recent hydrogen peroxide solutions in the market have also been formulated against COVID-19.

Hydrogen peroxide works by producing hydroxyl free radicals that are destructive. These radicals attack lipid membranes, DNA, and several other cell components, hence killing the microbes. While typical hydrogen peroxide used as disinfectants often comes in 0.5% to 10% concentration, those with 6% to 25% concentration are classified as sterilants.

Differences between Hydrogen Peroxide and Bleach

Now that you know the basic properties and typical use cases of bleach and hydrogen peroxide, below is a quick comparison between the two:

The major differences between the two disinfectants lie mainly with their safety to the environment and health risks to humans. And while hydrogen peroxide is generally considered safe, it’s still advisable to always take precautionary measures.

One such product is the Halo Disinfection System® a large-scale hydrogen peroxide-based disinfecting unit used by hospitals, nursing homes, learning institutions, fitness facilities, etc. This system uses HaloMist™, a hydrogen peroxide formulation that’s highly effective, environmentally friendly, non-corrosive, and safe for humans. With hydrogen peroxide, eliminating pathogens doesn’t always mean harming the environment or risking your health and that of your loved ones.

As parents prepare their kids to enjoy this year’s summer camps, it’s evident that a lot has changed from the previous summer. As a result, not only will the camp organizers need to prioritize the health and safety of all the attendees, but they will also need to stick to all the CDC guidelines for operating summer youth camps.

To give youth camp administrators and coordinators a feel for what it takes to operate a safe youth camp program this summer, we’ve summarized the guidelines, disinfection steps, and checklist for cleaning and disinfecting all the areas within the camps.

The CDC has also released a readiness and planning tool meant to prevent COVID-19 transmission among campers, staff, and members of the public. The goal behind the layered prevention strategies is to ensure initial preparation that promotes healthy behaviors, well-sanitized environments, and safety-oriented operations that won’t pose any health risks to all involved. And while COVID-19 is the main focus at the moment, thorough disinfection will also kill bacteria, fungi, and other viruses, preventing serious infection and potentially severe health complications.

Just like any other facility designed to accommodate a group of people, summer camps are subject to the cleaning and disinfection guidelines stipulated by the CDC. As per these guidelines, when there are no people with suspected or confirmed COVID-19 cases, proper cleaning using soap or detergent once a day is enough to remove viruses on surfaces and help maintain a healthy facility.

However, you cannot always rule out the chances of having asymptomatic COVID-19 patients in your camp. That means regular cleaning with soap and water may not be enough. You can kill the COVID-19 virus and other germs by disinfecting all surfaces using an EPA’s list N disinfectant such as HaloMist™. To ensure the best cleaning and disinfection results, youth camp administrators and coordinators must develop a plan for cleaning and disinfecting summer camps so that an outbreak, such as the one in recent weeks at an overnight camp, does not occur. 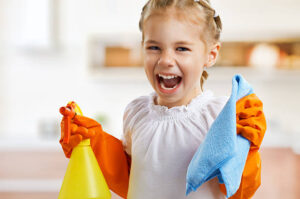 Developing a Cleaning and Disinfection Plan

The first step is to identify all the types of surfaces around the camp area. Classify these surfaces according to the frequency at which people come in contact with them – i.e., high-touch and low-touch surfaces. Often, high-touch surfaces are located in high-traffic areas and should be cleaned first before using a disinfectant. It’s best to evaluate these spaces and surfaces to ensure you aren’t wasting disinfectants on those that are either very low-risk or that won’t be economical in the long run – for instance, disinfecting groundcovers or sidewalks.

Next is to carefully consider the equipment and resources needed for cleaning and disinfection. Besides choosing the right disinfectant rated for a wide range of viruses, bacteria, and germs, you also want to make sure the cleaning personal are supplied with the proper personal protective equipment (PPE).

Last but not least is to choose the right disinfecting techniques based on the type of surfaces and the design of the camping area – i.e., whether all or some of the structures are located in an indoors or outdoors setting. If there are shared electronic devices such as computers, phone charging devices, etc., always use a disinfectant designed for use with electronic products. The HaloFogger®  is safe to use around electronics.

To ensure every summer camp has adhered to the highest standards of safety guidelines, below are some of the CDC general readiness assessment checklists that camp administrators should keep in mind. In other words, camp organizers should:

While the right choice of disinfectants will kill viruses and germs on surfaces, they shouldn’t be used on humans. Instead, soaps and hand sanitizers should be used to clean and sanitize hands regularly to minimize the chances of transmitting viruses or other germs and infections.

Besides choosing the right disinfecting and sanitizing equipment, such as the Halo Disinfection System®, camp administrators should also encourage campers to always follow good public health practices. In addition, education and awareness of all the COVID-19 safety protocols, including what to do and who to report to in case of health complications, will help ensure a successful and safe summer youth camp experience. 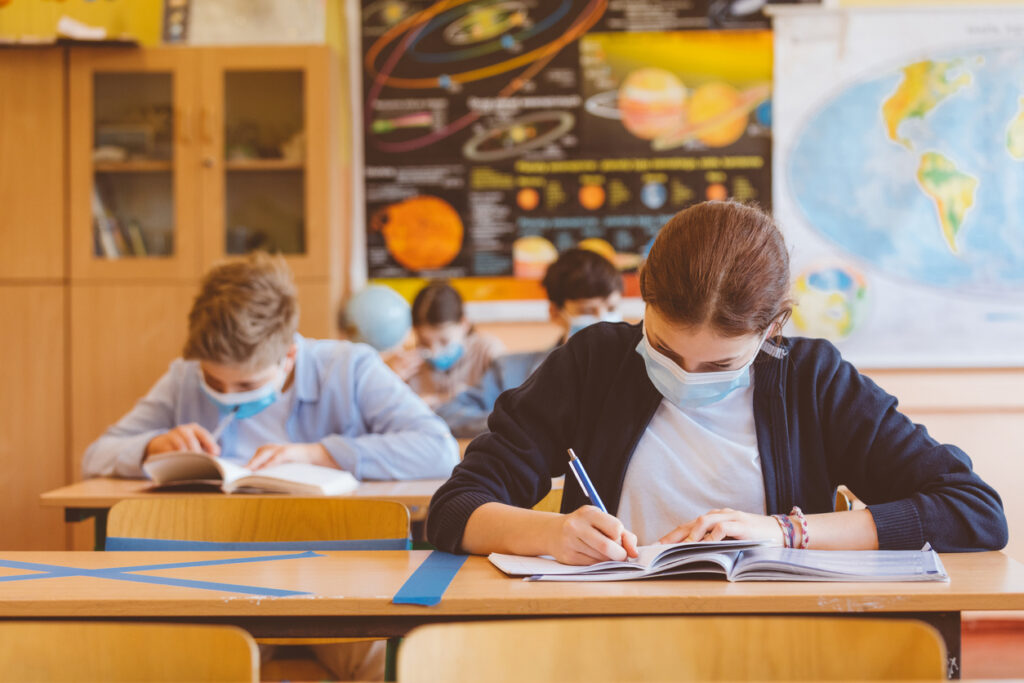 Pre-COVID, most schools were not very consistent with their cleaning and disinfection protocols. What COVID did was expedite the adoption of smart disinfection solutions that guarantee optimal results with little effort and less time. The Halo Disinfection System® is one of those solutions that serve all the school disinfection needs with eco-friendly, high-efficacy, and cost-effective results.